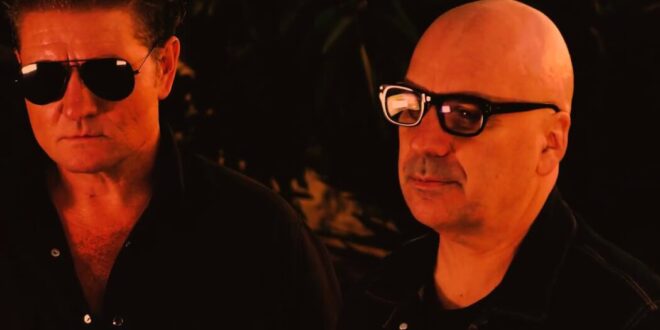 “DAF have been a profound influence for Nitzer Ebb from the very beginning. The inspiration and innovation that they provided had an impact at the deepest levels for us from the early days of our musical journey.

Personally speaking, it is impossible to separate the most pivotal moments in my own life from the soundtrack that these artists provided.

DAF were ever present and foremost as my own musical development took shape. They influenced how my musical ear and taste developed and they had a large part in shaping my view of art and indeed life in general.

Myself, and many others owe a huge debt of gratitude to them, and I count myself fortunate to be able to have fallen under their influence when they were at the height of their powers.
Just last year NE had the very great honor and privilege to share the bill with DAF at the Soundedit festival in Łódź, Poland.

It really did feel that fate had come full circle that day. To come from a young band influenced by their music, to sharing the stage in an atmosphere of mutual appreciation and respect, it was at once humbling, exciting and joyous.

The morning after the show, I saw Robert and Gabi at their table eating breakfast. I felt a little awkward to interrupt them, but I felt compelled to approach, and to tell them both just how much their music had meant to me over the years, and how they continue to inspire me to create and perform to this day.

With the tragic news today of Gabi Delgado’s passing, I count myself so very fortunate to have been granted that opportunity.

Sometimes it’s important to act on the impulse of the moment.

It’s so important to tell someone how get much they changed your life, and to let them know just how deeply you honor and appreciate them.

Because you can never know when – or if – you will get another chance.

So, rest in power, Gabi Delgado, thank you so much for all the wonderful music, and all that you did to inspire and drive us forward.

Your music and spirit lives on.” 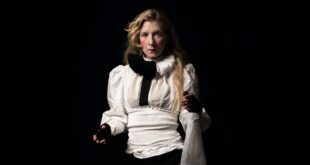 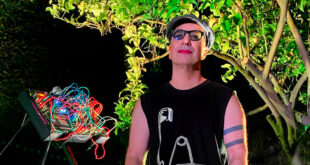 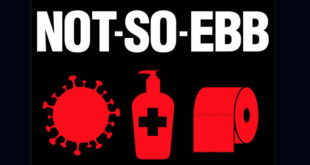 Not-So-Ebb – “Stay Inside Your Home”