It is a bitterly cold afternoon in the late autumn of 2018. Zero has got the exclusive privilege of hanging out with Joakim Montelius and Eskil Simonsson at the Örtofta combined heat and power plant, of all places. We are in the middle of the Skåne region, deep in the fields between the towns of Lund and Eslöv. The main line of the Swedish train system passes by just next door and Sweden’s only remaining sugar mill provides a very peculiar scent as their beet campaign is in full steam a few hundred meters away.

At Örtoftaverket, the local energy company Kraftringen manufactures heat and electricity for the neighboring municipalities in one of Sweden’s largest district heating systems. 17 hectares of land with thousands of tons of biofuel waiting to be incinerated in one of Sweden’s most modern plants of its kind. Of course, standing here with the constantly innovating main duo behind Covenant feels quite logical, but the first question is still quite simple:

How come we are here?

– We were invited, says Joakim Montelius, we have talked about the idea to make field recordings in all kinds of environments for our upcoming album. An acquaintance of ours has access to this place and it is of course perfect for us, so we are very grateful for being invited!

– I want to believe that we have always been interested in the world around us, but that we are now consciously working … I think it will put us in a mood where we can really feel …, Eskil Simonsson becomes philosophical but is interrupted by a powerful escalating, whining sound.

The reason for the sound is that we are currently in an underground fuel culvert. Here, up to 300 cubic meters of wood chips are transported per hour on a conveyor belt to the CHP plant’s boiler house. Joakim Montelius, Eskil’s brother in arms over three decades and apparently unaffected by the sonic environment, takes over:

– … To allow ourselves to be controlled by the environment rather than the other way around. Especially when you make electronic music you are used to creating your own sound universe, where you build each individual sound that is used. Opening up for actual acoustic sounds, to let ourselves be led instead of leading, feels really inspiring.

– I liked what you said the other day, Eskil adds. Fieldworks and the way we are working with the project suggests curiosity about our environment. We are working with recordings from all the travels we have made over the years, but it may just as well be a sample from our home or, as of today, a power plant. Sounds from all kinds of structures and objects in everyday life.

– Yes, and to make a conscious effort to patch these sounds together and see where they are taking us. Then of course there is something of a scientific thought behind it all, continues Joakim. You need field work to work with a thesis or find evidence for a theory.

– We have always collected and used found sound, but now I am really looking forward to the opportunity to dedicate an entire album to explore that working method deeper.

– Yes absolutely! Previously, we have always added acoustic elements to the electronic sounds, now I find it incredibly interesting to turn that relationship around and add electronics to the acoustic. We’ll see where this leads us, it’s part of the whole thing, we don’t really know where we’re going to end up.

– For me, the place we are at right now is reminiscent of our old studio. It was also underground, Eskil points out.

– Yes, the smell! It had a nice wooden floor.

– It was actually an old coal chamber that had an opening up into the street. In the past they filled coal directly from the street down where we later recorded our four or five first albums. To get in, one went through a culvert, quite similar to the one we stand in now actually.

The slightly deafening whining that had subsided for a while has come back with renewed strength. It really feels like the sound makers from northwestern Scania are in their right element and they are happy to talk about the project, even when the two giant screws used to pull fuel into the culvert live up and with the help of huge electric motors slowly move through the fuel pile above us.

– The fact that we are surrounded by wood gives a fine field work feeling in itself, continues Joakim. It is a great contrast between the organic and the industrial environment.

– Yes, it’s like the wooden panels on our synthesizers, Eskil tabs in and gets a hard gaze from Joakim.

– There should be a special pile here at the fuel yard for wood panels from synthesizers, plastic and metal connaisseur Montelius points out.

– Yes, we have an ongoing discussion within the band regarding wood panels on synthesizers. I think it’s pretty nice and gives a nice feeling to all the electronic …

– … While I think synthesizers should be science fiction. And I might perhaps be a little old-school sci-fi, but I think less wood and more aluminum. Or titanium.

Before the interview situation degenerates even more, we take a break in our chat and move along in pursuit of sonic inspiration.

A while later, via a short walk and a quick ride in a lift, we find ourselves in a just slightly less odd interview position. This time just over 50 meters above ground level, out on the roof of the Örtoftaverket boiler house. It is the highest point in the area and definitely nothing for those scared of heights. However, the view is magnificent and shows Scania from its best side. Towards the northeast, Eslöv’s street lights are visible on the horizon and in the other direction you see Lund’s silhouette with the Ideon Gateway and other characteristic buildings. The sharp-sighted person turning farther to the west can see both Malmö’s famous Turning Torso building and the Öresund bridge connecting us with Denmark. Below us, a boiler that gives 110 MW of thermal power roars, and gives the roof a slight vibration.

Neither of us three are particularly comfortable with where we are, but when a steam valve releases a hefty cascade of steam, Joakim hurries there to document.

– That’s how it’s supposed to be, he says when he comes back from the edge of the roof. Fieldworks is about taking risks. Not to be afraid in a world that does all it can to be intimidating.

Would you say this is one of the most exotic places you recorded an album on?

– Definitely the most industrial place anyway, says Joakim. But I guess it depends on how you define exotic…

– Sometimes I think that I always work, that everything I do is part of the musical project Covenant. An integral part of the creative process, counters Eskil.

– But it is clear that it is quite exciting to stop and think about where we are now. We stand on top of a giant boiler …

– I’m hoping for a boiler of biblical proportions, Eskil adds.

– Yes, really, an epic flaming fire. But you can also stop and draw parallels in general. It is awesome to make heat and electricity out of leftovers from elsewhere in society.

– Yes, that’s partly the idea of Fieldworks as well. Recycling the energy from thoughts and sounds that are constantly around us, Eskil continues. What is everyday for someone is exotic for someone else. Hopefully we can introduce the two to each other with this project.

We let ourselves be guided into the heart of the boiler house. The boiler itself is a 1,200 ton construction that hangs from the roof beams to prevent deformation under the enormous forces that make up the combustion process. Eskil and Joakim are like surgeons, preparing an operation using all kinds of equipment, documenting the sonic cacophony. With contact microphones, sounds from the inside of a fuel tank is retrieved while another special microphone picks up electromagnetic noise from a control panel. A pneumatic sound in the fuel supply particularly captures the interest of the two gentlemen to the point of landing us in a hurry to get through the rest of the tour before their schedule has them in other places. Via a quick look at the earthquake-proof turbine hall, we start rounding off our visit to the Örtofta CHP.

What are your plans, when are we going to get to experience Fieldworks?

– In February, we go out on tour in Germany, says Eskil. There, visitors will have the exclusive opportunity to buy Fieldworks: Exkursion EP which is the first artefact we present from the project.

– There will be five songs, one from each member of the band, Joakim continues. Eskil and Daniel Myer also collaborated with Grabyourface, so we have expanded even more in staff this time. With the Exkursion EP , the listener will be able to enjoy the entire band’s spectrum, from the more dancable to the more experimental that we have explored over the years.

– All the songs are based on field recordings we made on our travels across six continents. We call it an angry reflection on the times we live in, says Eskil with clear focus. The field recordings are intended to challenge and provoke reflection on everyone’s situation today with media, manipulation and hidden agendas.

– Then there are plenty of spiritual references. Everything from the Mayan creation myth to ancient Rome. We are angry but we still believe in the beauty of life itself. The times we live in are a challenge, but we would like to show a way forward with anyone who wants to listen.

A finer summary will be difficult to find, so this is where we take the lift down to the ground level and walk our separate ways. Zero Magazine will continue to report on the Fieldworks project every step of the way. 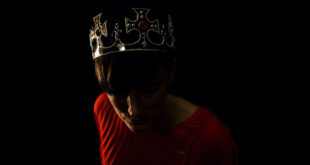 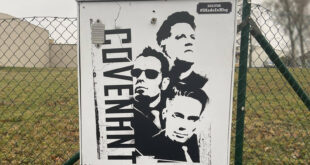 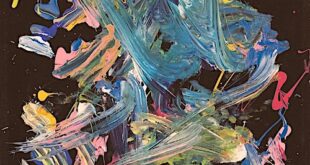 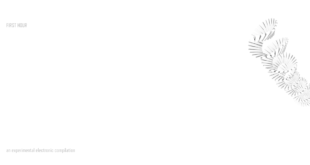