User Rating: Be the first one !

Imagine that moment you start playing a new album for the first time. What might be months and years worth of expectations are compressed and evaluated right in that first microsecond, that might be just an completely innocent snare drum. In the case of Wanderlust it’s more of a quiet drone, a kind of fictitious fog horn with a damper on it. I realise that I have no idea of what I was expecting from the newest work of sonic art from Neil Arthur. His productions since the band’s return with the magnificent 2011 album Blanc Burn has been as prolific as it has been varied. An eclectic mix of 40 years’ worth of inspiration from a world in constant change.

Like last time, Neil has worked with electronics virtuoso Benge on the production. Other than that there aren’t that many guests. Hannah Peel donates her voice to the marvellously atmospheric “Not a Priority” and long-time musical partner David Rhodes plays the guitar on “Leaves”.

The first track “Distant Storm” sets the tone for what is to come. At first I find the choice of effects on Neil’s voice a bit odd, but then all of a sudden there appears a glorious 1990’s groove and the whole track falls into a very suggestive mode. And that scenario keeps returning for most every track. There’s always some small provocation, something unexpected, something just ever so slightly off the beaten track. Something that forces you to reflect and gives you inspiration, expands your comfort zone and brings new ideas.

As far as I understand, Wanderlust has been finished for quite some time. We got to hear a couple of examples on the tour earlier this year. Having it released now makes perfect sense though. This is the perfect album for the 2019 autumn. A bit melancholy in places but always a big beautiful work of art, painted in broad, sweeping strokes by master Arthur. If this would have been released in the summer, it wouldn’t resonate at all as much as it does now.

As always, it is a very unique experience to sit and listen to Neil and his lyrics. Words might be missing, moved, invented or just implied – somehow he still always manage to make it all work together as one semi-abstract context. In “Leaves”, I find myself looking out the window at the apple tree. All the leaves really are falling. Are there 17 million of them? Probably even more. Images, places and feelings are created and very quickly, the ten Wanderlust stories are over. The finishing title track perfectly frames the listening experience and prepares you for the unavoidable – one more go. 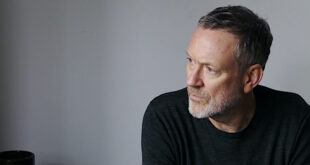 Blancmange – “Some Times These” 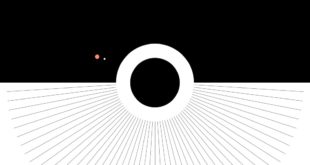 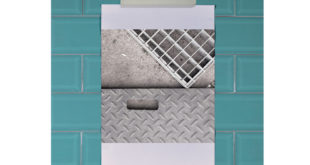